Stand out from the crowd

with the world’s most exclusive cyber security certification

Why become a Security Architect?

Security has never been about the pure deployment of technology solutions. It has always been about business enablement – allowing the business to maximise opportunities whilst ensuring risk is managed at all times to acceptable levels.

The InformationSecurity Architect is a senior-level role responsible for the effective planning, designing, testing, implementing and maintaining of an organisation’s security infrastructure. This requires knowledge and understanding of the organisation – its assets, motivation, processes, governance, technology and anything that is time-sensitive.

An industry-wide cyber security skills gap means there is strong demand for security architects and that companies are paying high salaries to those who are qualified to thrive in this essential role.

SABSA® is the world’s leading, open-source, security architecture framework and methodology. SABSA® uses a top-down approach as part of a continuous improvement lifecycle, with its key stages of strategy and planning, design, implement, and manage and measure, fully aligned to the Deming lifecycle of Plan-Do-Check-Act.

SABSA® is business-driven. This is the key to its power and its global acceptance. SABSA is all about empowering the organisation to do business as it needs and wants to do, while ensuring that it is secured and fully enabled in accordance with its business priorities. SABSA® is adaptable and extensible and readily integrates with other frameworks and standards such as NIST Cybersecurity Framework, ISO/IEC 27000 series, COBIT, TOGAF, Zachmann, and PCI DSS. It can be used as a compliance and governance framework for complex sets of standards that need to be deployed simultaneously.

SABSA® has a comprehensive certification program at three levels:

More than 9,000 people have attained SABSA certification since its inauguration in 2007.

To claim your discount please enter the code ALCAiSP15 in the Promotion Code field when making your booking.

Click this link to see upcoming Course Dates.  If published dates do not suit, suggest an alternative and we will see what we can do.

* Group rates available if you have 2 or more participants to register. Contact us for details.

* All courses available for private presentation. Contact us for details. 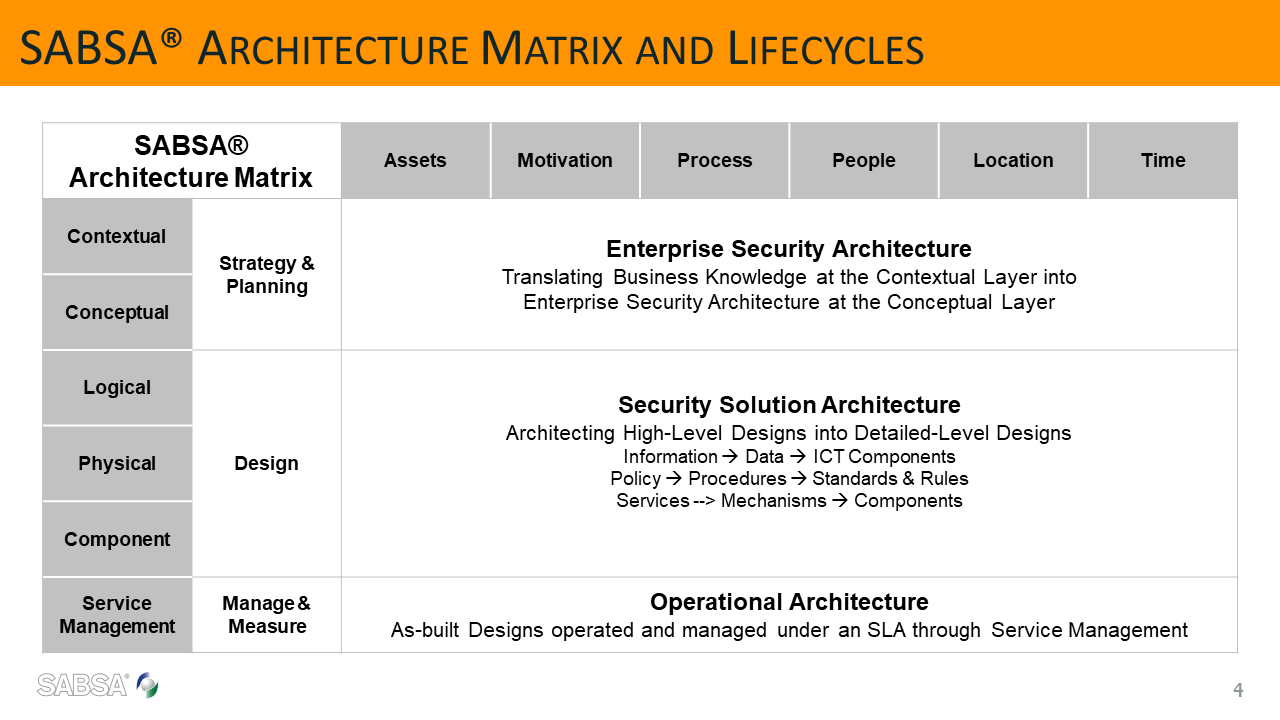 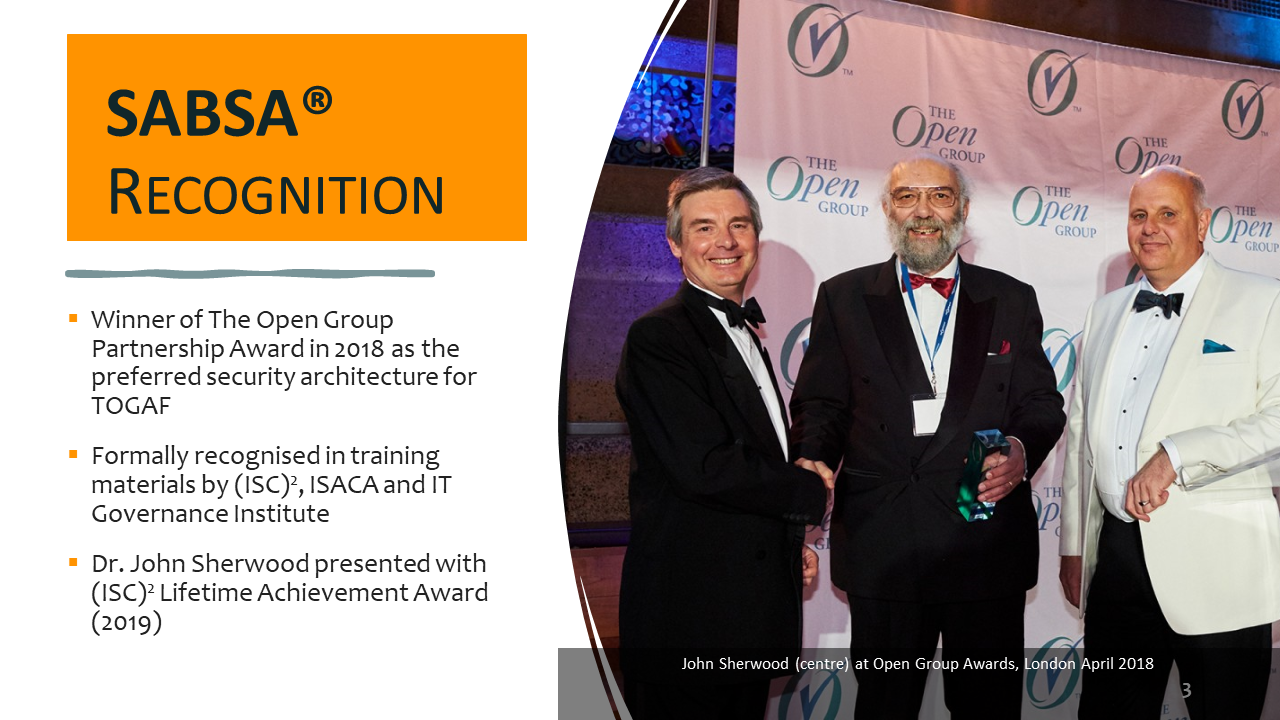